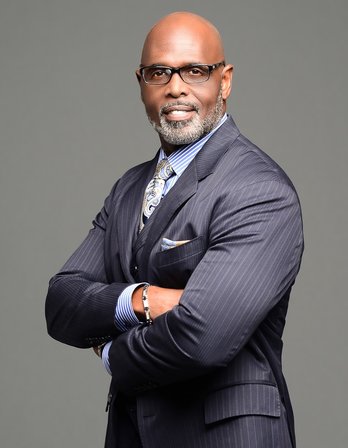 ​"And we know that all things work together for good to them that love God, to them who are called according to His purpose."
Romans 8:28
​
Pastor Canady is a teacher, leader and living example for the work of our Lord and Liberator, Jesus Christ. He is gifted with passion and compassion to minister hope to the hopeless, healing to the hurting, and help to the helpless. In June 2003, Pastor Canady became the Senior Pastor of All Nations Fellowship in Garland, Texas. Under his leadership the church membership has grown from 12 members to over 600.

Pastor Canady is a man after God’s heart and truly has a heart for God’s people. He works unselfishly as an active and supportive member of the community taking the gospel outside of the walls of the church. With a background in law enforcement, it is fitting that he now serves as the Chaplain of the Dallas County Constable Precinct 2. He also partners with various organizations such as the Garland, Mesquite, and Sunnyvale ISDs, and the Garland, Mesquite, and Dallas Police Departments. He currently serves on the Board of Directors of Next Level Life, Inc., a non-profit organization that teaches life skills to youth. He counsels and mentors youth, particularly young athletes, teaching them how to master the “game” of life with Jesus Christ. He is affectionately known as "the Gym Pastor" as he shares Christ with everyone he meets.

He is a native Dallasite, graduating from David W. Carter High School. He matriculated at Texas Tech University before returning to Dallas after a football injury. He earned a Bachelor of Arts Degree in Organizational Management from Paul Quinn College. He earned his Master of Divinity Degree from Trinity Theological Seminary where he also received an Honorary Doctorate of Ministry.

Pastor Canady, a second-generation preacher, is married to Pastor Stephanie Canady, and is the blessed father of RJ, Najaa, and Nicolette. 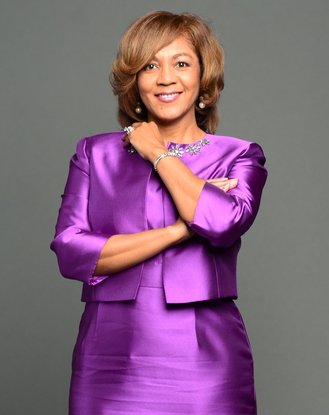 Affectionately known as Pastor Steph or PFL (Pastor First Lady), accepted her call and was licensed to preach in 1997 under the pastorate of Dr. Frederick D. Haynes, III at Friendship West Baptist Church. Pastor Steph left Friendship West in March, 2003 to serve under the pastorate of her husband, who was called to pastor All Nations Fellowship Church in Garland, Texas. Pastor Steph was ordained and named as Executive Pastor of The ANF Church in January 2012.
As the Executive Pastor, she manages the ministries that carry out the vision of the church, manages the church calendar of events, and works closely with the Senior Pastor and the Business Manager to oversee the day to day operations of ANF. She assists the Senior Pastor as his right hand in preaching and teaching the Gospel message of Jesus Christ, and training and leading Associate Ministers to do likewise. She also serves as Executive Director of Next Level Life, a faith–based non-profit organization designed to teach youth life skills and prepare them for the next level of life.

In addition to being an advocate for Jesus Christ, Pastor Steph has served as a licensed attorney for more than 20 years. She serves as a Guardian Ad Litem appointed by the courts to represent children in child protection cases. Though she practiced law in the corporate arena for over 15 years, she declares that her current practice area allows her to serve God at an even greater level impacting the lives of children and families.
​
Pastor Steph, a servant of Jesus Christ, is married to Pastor Robert Canady, III, and is the blessed mother of their son, Robert Canady, IV (RJ), and stepmom to their daughters, Najaa and Nicolette.